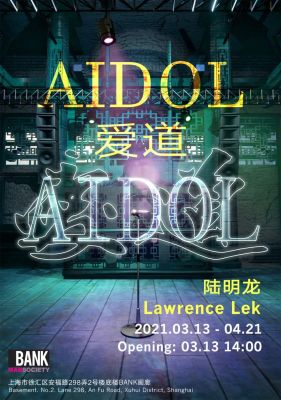 The willow tree shall weep
The willow tree shall whine
Wish I was in my A.I.’s mind
Who stole the heart of mine
When I was in my prime
- In My Prime
BANK is proud to present AIDOL, artist Lawrence Lek’s latest feature film. AIDOL tells the story of Diva, a former superstar making her comeback at the eSport Olympic finale, and ‘Farsight’, a mega-conglomerate. In a highly automated alternate universe, not so distant from our own, the systemic tension between humans and Artificial Intelligence plays out. In this epic work, Lek ponders the possibility that the artist’s role might be completely replaced by artificial intelligence and questions the authenticity of so-called ‘human creativity’, imagining if it’s possible to break through the binary distinction between humans and artificial intelligence.
Set in Genting, Malaysia, in the year 2065, AIDOL is a heterotopia – a global entertainment hub, and home to the Farsight Corporation headquarters. We are introduced to characters such as ‘Guanyin’, a drone with sentient abilities, an A.I. Geomancer aspiring to become an artist, and finally, the protagonist Diva, who often finds herself questioning the ‘authenticity’ of mankind. In AIDOL, the romanticized discourse on human and machine spirituality not only echoes our incessant pursuit of perfection, precision and immortality throughout history, but also speculates a future where machines struggle to recognize desires, loneliness and the inaccessibility of human fragility and beauty.
Scripted and scored by the artist, the film is made possible by the latest technology in 3D rendering, game engines, and motion capture. The original soundtrack album of AIDOL, which plays a major role in the film, will be available in vinyl along with the exhibition.