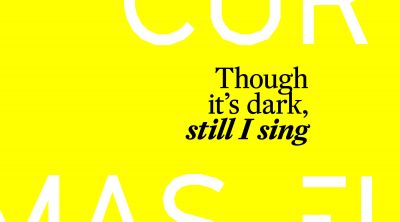 The starting point for the curatorial project of the 34th Bienal de São Paulo, Faz escuro mas eu canto [Though It’s Dark, Still I Sing], was the desire to enlarge the show, unfold it, activate each moment of its construction and enhance the dynamism of an exhibition of this scale. The aim is to leverage the potential that exists in gathering a large set of works, condensing the work of one hundred artists and other thinkers in a single space, under a single title. Also aware of the limitations and contradictions of the format of large-scale exhibitions, and seeking to dialogue with the wide range of publics that have visited the Bienal over the decades, we proposed to expand this edition over the course of the year and throughout the city.
We want to multiply the opportunities for an encounter with art, to allow conversations and exchanges with each artwork to take place in various contexts – with different background music, different lighting, and different artworks and people in its surroundings – because each of these situations is able to shed light on new aspects of the work, provoking new thoughts or sensations in each observer. On the other hand, the aim is not to bring everything to light, as we are also laying claim to the right to opacity – both in expressions of art as well as in identities of individuals and social groups. We do not have to understand everything, or to understand everyone; rather, the idea is to talk in our language while knowing that there are things that other languages can name, even though they are inexpressible in our own.
To create a common idiom, we knew that we could not go forward abstractly, based on a title or theme that indicates the course, because then we would be preventing the detours, which are so utterly important to take. We therefore began by talking about artists and artworks. Based on conversations about the research and strategies of some artists, a set of shared concerns and interests arose, which were repeated and gained body. Without trying to decide which words could definitively describe these constellations, new artworks came in response to the first ones, complementing, deepening, expanding, contesting, contradicting, reiterating and redefining their meanings. The exhibition took shape in this way, as these nuclei became denser, more solid, better delineated and also more complex and less unidimensional.
In the search for a language to delineate the energy fields that, we imagine, will be created by the encounter of these artworks, we have proposed some objects, along with their histories, as statements. A meteorite and a fossil which in different ways faced the same tragic fire; a bell that was rung at different moments of a history that is repeated; the images of the most portrayed man during a time when almost no one was portrayed; the embroideries that another man would not have made if not hidden from view; letters which, to arrive at a child, needed to get past jail bars and the eyes of the censors… These statements punctuate the exhibition, they suggest the tone in which the surrounding artworks will vibrate, gathering and lending tangible form to the curatorship’s concerns and reflections. In this sense, they operate like the tuning fork that helps in the tuning of a musical instrument, or at the beginning of a song. In the curatorship of an exhibition something similar to a tuning is also sought, an adjustment that is not immune to the errors, accidents and (as stated) detours, that the expanded time of the 34th Bienal allows us.
Operating like another one of these statements, more than as a theme, the title of the 34th Bienal de São Paulo, Faz escuro mas eu canto, is a line of verse by the Amazonian poet Thiago de Mello, published in 1965. By means of this line, the 34th Bienal recognizes the urgency of the problems that challenge life in our current world, while asserting the necessity of art as a field of encounter, resistance, rupture and transformation. Ever since we found this poetic phrase, the cauldron of problems that embroil us has been thickening: from the forest fires in the Amazon that darkened the skies of São Paulo to the mournings and lockdowns brought on by the pandemic, along with the current political, social and economic crises. Throughout these months of work, surrounded by collapses of every sort, we have repeatedly asked ourselves what forms of art and ways of being in the world are possible and necessary now. As we move through dark times, what songs should we be listening to?