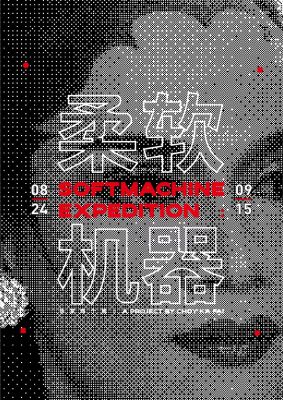 An expedition across the choreographic landscape of Asia.
Soft Machine is a multimedia project investigating the contemporary status of dance in Asia. Using research, live performance, photography and video it offers an insight into the rich landscape of independent dance makers defining this art form today.
Prompted by Sadler’s Wells first Out of Asia season in 2011, Singaporean artist and performance maker Choy Ka Fai decided the picture of contemporary dance in Asia needed further scrutiny. He embarked on a three-year research project traveling to 13 cities in five countries to meet and interview over 84 contemporary dance makers, dancers and curators. Soft Machine is the result of this journey.
The project unfolds in two parts. The first is an installation made of video interviews and dance documentaries that map dance makers in China, India, Indonesia, Singapore and Japan. The second part is a series of live performances focusing on five choreographers whose biography and poetics make them different from their peers.
Soft Machine Expedition is an installation of video documentaries and contemporary dance archives, capturing 88 choreographic encounters collected over a three year journey across the dance landscape of Asia. This collection of images and interviews is not an exhaustive survey of dance made today but an attempt to map, make visible and give a voice to the realities, ideas and dance languages of dance makers in the region.
ARTIST STATEMENT
On 7th of September 2011, London dance powerhouse Sadler’s Wells uploaded a 5-minute promotional video titled “Out Of Asia – The Future of Contemporary Dance” for their new season preview. I was intrigued and disturbed at the same time by the video. As an Asian artist, my immediate response was: “Who are you to tell us what the future of contemporary dance is and what is coming out of Asia? ”.
From my personal perspective, the curatorial concern were superficial. Asia is extremely diverse culturally, it is difficult to access local knowledge and tradition without investing time for research or first-hand experience. There is a recurring sense of mystification put upon the cultural production from the East for the cultural consumption market of the West. The persistence of exoticism is a sadly evident in the institutional promotion of contemporary dance from Asia.
My initial research revealed to me that it is clear that the discussion of contemporary dance in Asia is still in an embryonic state and has been mostly conducted through academic research under immense influence from the West. With this revelation as a starting point, I thought someone from Asia should create new spaces for such discourse. From the naive idea of “From Asia For Asians”, I started an 18-month journey across 13 Asian cities in my search for what is “Inside Asia”.
CREDITS
Concept, Direction and Documentary – Choy Ka Fai | Dramaturge – Tang Fu Kuen | Collaborators – Rianto, Surjit Nongmeikaipam , Xiao Ke x Zi Han and Yuya Tsukahara | Documentary Soundtrack – Zhou Zi Han |Technical and Production Manager – Yap Seok Hui/ Art Factory | Tour Manager – Mara
ACKNOWLEDGEMENTS
Soft Machine is commissioned by Esplanade – Theatres on the Bay, Singapore for da:ns festival 2015 | The development of the project is funded by National Arts Council, Singapore | With support from TheatreWorks, Singapore - danceBox, Kobe - Kyoto Experiment - Attakkalari Centre for Movement Arts, Bangalore and Living Dance Studio, Beijing | Soft Machine Digital Archives are created with the support of deSingel International Kunst Campus, Antwerpen